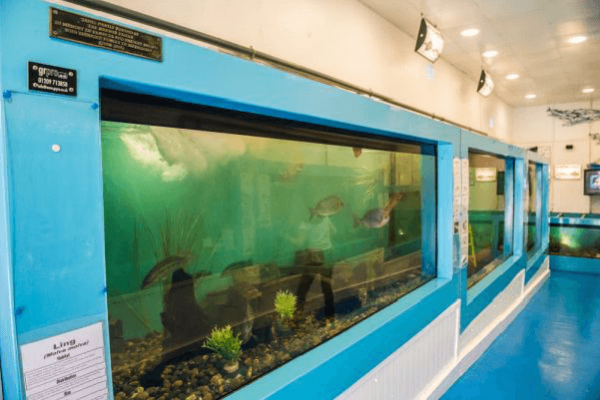 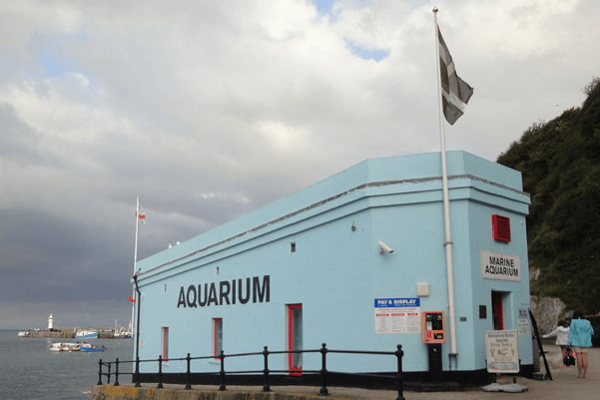 WHAT TO EXPECT
This attraction is a charity project which is raising awareness and bridging the gap between the fishing industry and the general public. On your tour, you’ll see various local species and appreciate the diversity of local marine wildlife. Money collected from the Mevagissey Aquarium initiative is put towards the maintenance of Mevagissey Harbour. Entry is FREE but a donation is appreciated.

HISTORY OF THE BUILDING
The harbour aquarium at Mevagissey is housed in the old R.N.L.I. lifeboat house, which was completed in 1897, and housed 3 different lifeboats until 1930 when the advent of motor lifeboats caused the closing down of many of the smaller lifeboat stations. Since the 1930s the lifeboat house has had many uses, from cafe, shop, gun emplacement during the second world war (manned by the Home Guard) and in the mid 1950s it turned into an aquarium. For the last 50 years the aquarium has opened to the delight and interest of visitors and locals alike, and also giving complementary visits to groups of school and college students.

We use cookies to ensure that we give you the best experience on our website. If you continue to use this site we will assume that you are happy with it.Ok